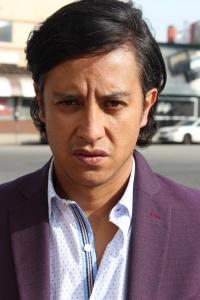 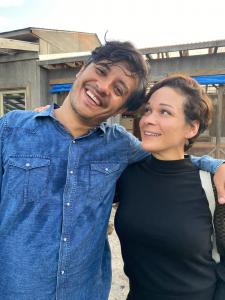 Edison Ruiz actor and Sandrine Bisson actress Behind the scenes on 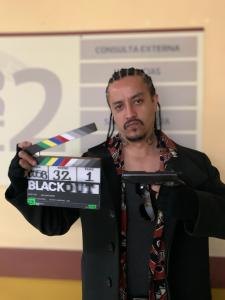 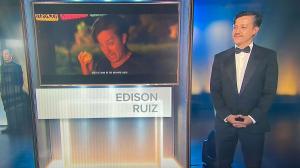 The night of the awards ceremony 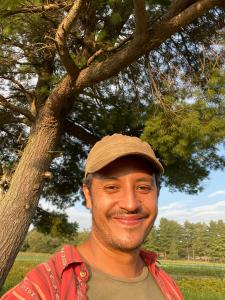 Edison Ruíz on Set in the character of Francisco Guanco

MONTREAL, CANADA, November 24, 2022 /EINPresswire.com/ -- Last July, the Canadian Film and Television Academy nominated the outstanding work of Mexican actor Edison Ruíz, as best leading actor, for his work in “Les Temps des Framboises” with the character of Francisco Guanco. Under the direction of the award-winning Philippe Falardeau, who in turn has been nominated for an Oscar for best foreign film, Monsieur Lazhar (2012).

The ceremony was held on September 18 in the city of Montreal. It is worth mentioning that Edison Ruíz is the first Mexican and Spanish-speaking person nominated in that category.

“Raspberry Season” premiered on Canadian television Club Ilico in April 2022. It debuted on the international market at the Berlinale in February 2022. Due to the undeniable success of the series, Edison Ruiz returns to the second season with the endearing presence of Francisco Guanco.

This series The Season of Raspberries represents a beautiful meeting of cultures and, to make everything even more believable, the series takes place between several languages ​​between French, English, Spanish and sign language.

"Le Temps des Framboises" ("Raspberry Season"), will transport us to the new world of Elizabeth, (Sandrine Bisson) who faces the duel, but also a heartbreaking story of impossible love, deeply moving. The series will take a contemporary look at the rural world by honestly exposing the profile of foreign agricultural workers, as well as the psychological anguish of farmers. *Which they just announced will have a second season.

Edison Ruíz, who has a 20-year uninterrupted career, has brought countless performances to the small and big screens that have left us frozen, speechless and astonished, in his interpretation of the corrupt Comandante Méndez in Narcos México, in El Dragón as Tacho Guadaña, or as the charismatic villain Alexis Garza from Guerra de Ídolos. In his last works he participated in INFINITE, a film that was produced and starred Mark Wahlberg.

This month is about to premiere the movie Black Out with the character of Rubén next to Omar Chaparro, Josh Duhamel directed by the talented Sam Macaroni director of John Wick 3.

As well as a special participation in Bardo under the direction of Alejandro González Iñárritu.
Here are the moments of his nomination at the award ceremony, on September 18.

Moments of the ceremony at the Canadian film and television Academy

For inquiries or corrections to Press Releases, please reach out to EIN Presswire.
✕
× Close Ad